What a food-filled month…

For Sydney foodies, October is undoubtedly one of the best months of the year. To celebrate the Crave Festival, our Best Restaurants team have been booked out – enjoying the Night Noodle Markets in Hyde Park, popping into the Barbeque Madness at Pyrmont and attending Brown Sugar’s “A World of Taste”.

But this week’s favourite was the prohibition dinner at The Owl House in Darlinghurst. For its unique Crave event, The Owl House decided to travel back to the 1920’s to the Prohibition era in America where, according to the Eighteenth Amendment of the Constitution, it was forbidden by law to sell, manufacture or transport alchoholic beverages. Prohibition was characterized by speakeasies, glamour, gangsters and average citizens breaking the law. Sounds fun, doesn’t it?  Donning our best temperance attire, we headed to the honky-tonk end of Crown Street for a taste of 1920’s New York City. 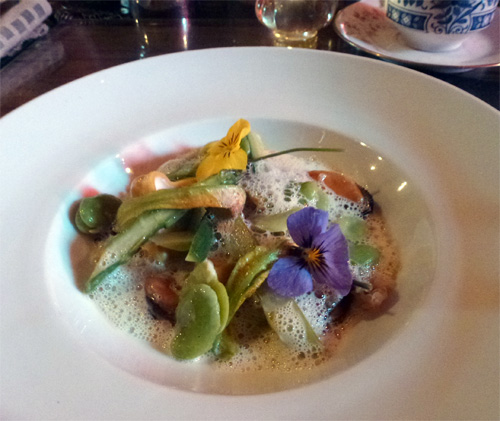 For only $65, we enjoyed three-courses with matching cocktails. The first champagne-based cocktail gave us just the right amount of flutter to enjoy the entrée – a pretty Spring salad of quinoa, broad beans, Boston Bay mussels and zucchini flowers. This was followed by a hearty brioche bun Wagyu burger, served on a wooden plank with a side of hand-cut chips. A bloody mary and a few other strong cocktails (which were too tasty to remember their names), The Owl House certainly put on a good show. The night came to a sweet crescendo with a butterscotch panna cotta, served glass jar and topped with caramelized nuts, coffee liquor and almond chocolate candy. Need we say more?